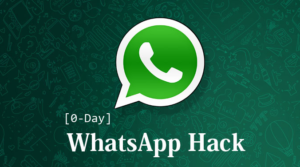 Hack WhatsApp by matching up the web adaptation with the gadget utilizing employing and contacts of the hacked WhatsApp profile. The upsides of this WhatsApp hacking technique incorporate the way that the profile proprietor won’t ever figure that they are followed. Yet, note that if the objective goes to the WhatsApp Web menu in the application, they’ll notice that the PC rendition is likewise opened. In any case, the objective probably will not theory that the talks are being checked by an outsider.

This technique is like the first and it suits you if you have not exactly a moment to get to the objective gadget covertly. Just a large portion of a moment is needed to hack one’s hack whatsapp yet it empowers you to pursue only the visit that was not eliminated by the objective. Internet checking of visits is inconceivable for this situation.

On the off chance that you’ve chosen to visit with media records, all photographs, recordings, and sounds will be joined to the email and the writings from talks will be transferred in the text design.

PullOutCorrWhatsApp otherwise called POCWAPP or POC WhatsApp was created by Chinese programmer “liugong 01”. With this program, Whatsapp can be hacked distantly and the cybercriminal can hack a few records without a moment’s delay. For the present, the program is feasible with Android so to speak. The Software is paid and can be found in Deepweb, the cost is dark since the data is private.

How the program functions: it recognizes the client by the telephone number and discovers their id number in the worker, bypassing the gadget and distributed storage. It examines the size of the entire visit history with all media documents, barring the substance of voice calls. Further, the application transfers the information to its fleeting worker and decodes it. At the point when moved, every customer’s visit history is open for getting a good deal on your wireless. The gadget proprietor has no clue that the duplicate of their talk history has been spilt from the worker and continues to utilize the courier.

In December 2015, it was accounted for that a fear-mongers association ISIS had been utilizing WhatsApp to plot the November 2015 Paris assaults. As indicated by The Independent, ISIS additionally utilizes WhatsApp to traffic sex slaves.

In March 2017, British Home Secretary Amber Rudd said encryption abilities to inform instruments like WhatsApp are unsatisfactory, as news detailed that Khalid Masood utilized the application a few minutes before executing the 2017 Westminster assault. Rudd openly called for police and insight offices to be offered admittance to WhatsApp and other scrambled informing administrations to forestall future dread assaults.

In April 2017, the culprit of the Stockholm truck assault supposedly utilized WhatsApp to trade messages with an ISIS ally without further ado when the episode. The messages included examining how to make a dangerous gadget and an admission to the assault.